Ningbo Wonsmart Motor Fan Company is a professional manufacturer with a focus on small sized brushless dc motors and brushless dc blowers. Our blower’s max airflow reaches 150 cubic meter per hour and a max pressure of 15 kpa. With our high quality parts and precise manufacturing process, WONSMART motors and blowers can serve more than 10,000 hours.

Founded in 2009, Wonsmart has had a rapid growth rate of 30 % yearly and our products are widely used in Air cushion machines, Environment condition analyzers, Medical and other revolutionary Industrial equipment. Wonsmart production and inspection equipment include auto winding machines, balancing machines, CNC machines, auto soldering machine, PQ curve testing equipment, 100% performance inspection equipment and motor performance testing equipment. All products are 100% inspected before delivery to guarantee all the products arrive at the customers with satisfied quality. 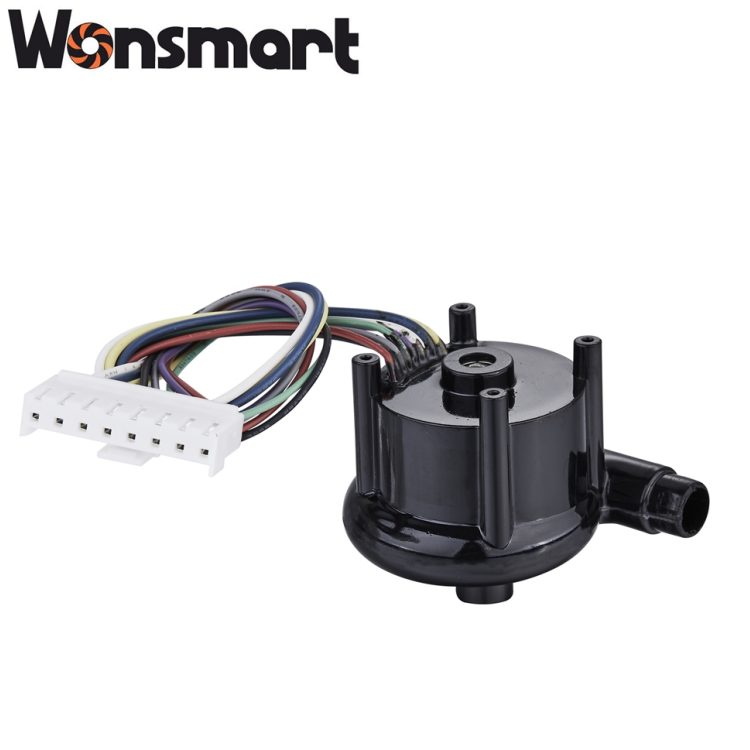 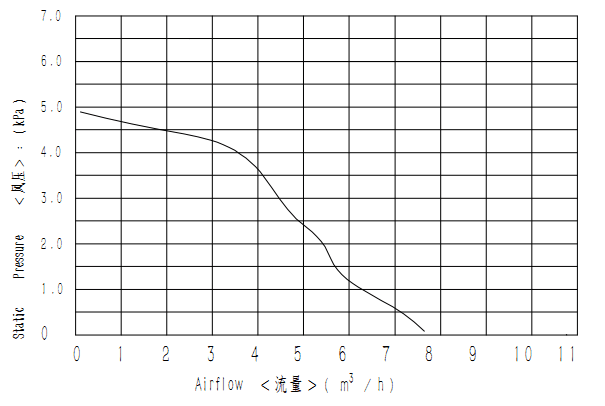 (1)WS4540-24-NZ01 blower is with brushless motors and NMB ball bearings inside which indicates very long life time; MTTF of this blower can reach more than 30,000hours at 20degree C environmental temperature

(2)This blower needs no maintence

(3)This blower drived by a brushless motor controller have many different control functions such as speed regulation,speed pulse output,fast acceleration, brake etc.it can be controlled by intelligent machine and equipment easily

(4)Drived by brushless motor driver the blower will have over current, under/over voltage,stall protections.

This blower can be widely used onto CPAP machine and air pollution detector.

(1)This blower can run at CCW direction only.Reverse the impeller running direction can not change the air direction.

(2)Filter onto the inlet to protect the blower from dust and water.

(3)Keep the environmental temperature as low as possible to make the blower life time longer.

Q: Are you factory or trading company?

A: We are factory with 4,000 square meters and we have been focus on high pressure BLDC blowers for more than 10 years

Q: May I use this blower for Medical device?

A: Yes, this is one blower of our company which can be used on Cpap.

A: As it shown in the drawing, the maxmum air pressure is 5 Kpa.

Q: What is the MTTF of this centrifugal air blower?

What is electric motor?

Electric motors may be classified by considerations such as power source type, internal construction, application and type of motion output. In addition to AC versus DC types, motors may be brushed or brushless, may be of various phase (see single-phase, two-phase, or three-phase), and may be either air-cooled or liquid-cooled. General-purpose motors with standard dimensions and characteristics provide convenient mechanical power for industrial use. The largest electric motors are used for ship propulsion, pipeline compression and pumped-storage applications with ratings reaching 100 megawatts. Electric motors are found in industrial fans, blowers and pumps, machine tools, household appliances, power tools and disk drives. Small motors may be found in electric watches. In certain applications, such as in regenerative braking with traction motors, electric motors can be used in reverse as generators to recover energy that might otherwise be lost as heat and friction.

Electric motors produce linear or rotary force (torque) intended to propel some external mechanism, such as a fan or an elevator. An electric motor is generally designed for continuous rotation, or for linear movement over a significant distance compared to its size. Magnetic solenoids are also transducers that convert electrical power to mechanical motion, but can produce motion over only a limited distance.

Electric motors are much more efficient than the other prime mover used in industry and transportation, the internal combustion engine (ICE); electric motors are typically over 95% efficient while ICEs are well below 50%. They are also lightweight, physically smaller, are mechanically simpler and cheaper to build, can provide instant and consistent torque at any speed, can run on electricity generated by renewable sources and do not exhaust carbon into the atmosphere. For these reasons electric motors are replacing internal combustion in transportation and industry, although their use in vehicles is currently limited by the high cost and weight of batteries that can give sufficient range between charges.